Marking a generation of helping to brighten the season for children in need, Bank Rhode Island (BankRI) kicks off its 25th annual Holiday Giving Tree program.

For the second consecutive year, Bank Rhode Island (BankRI) been named by Forbes as Rhode Island’s Best-In-State Bank. In addition to taking home the top ranking in the state, BankRI also earned the highest score of any bank nationwide based on customer surveys. 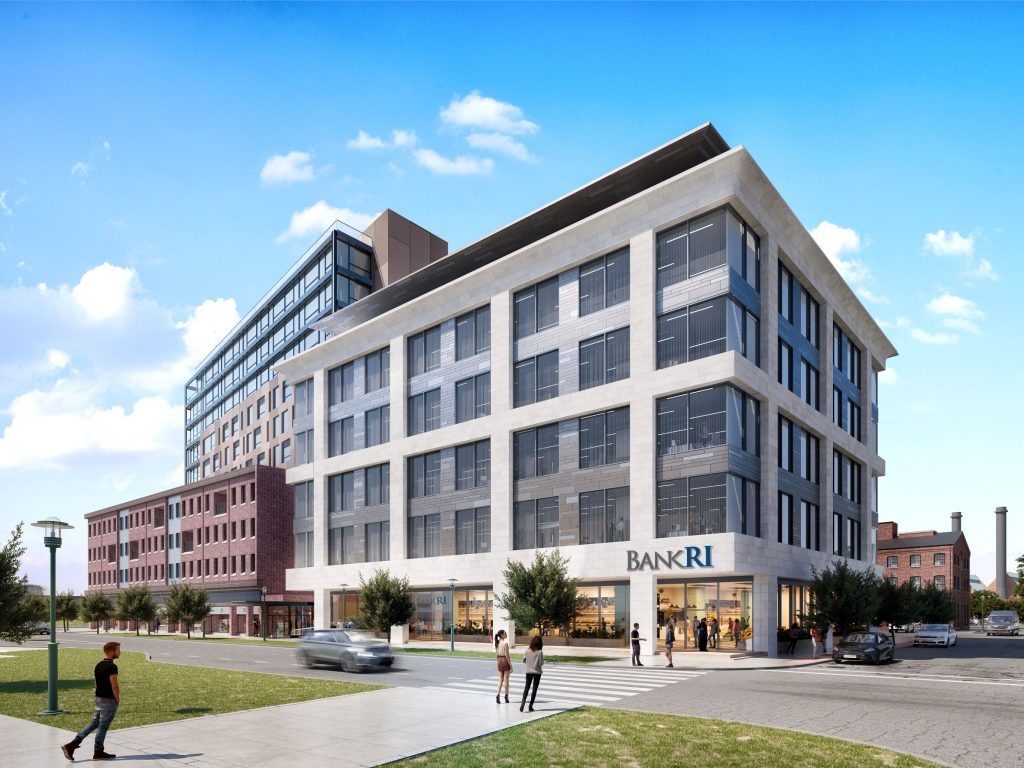 In what will be the first new ground up corporate office constructed in the capital city in more than a decade, Bank Rhode Island (BankRI) today announced the development of a new headquarters to be located in Providence. The headquarters will be built on Parcels 8 and 8A of the I-195 Development District as part of a significant mixed-use project.

Bank Rhode Island (BankRI) has bolstered the team in its cash management division, hiring financial veteran Vanessa Zampini as VP, Cash Management Manager. Throughout her career, Vanessa has acquired a wealth of experience, having held nearly every business- and customer-facing position in a bank branch.

The Commercial Real Estate Division of Bank Rhode Island (BankRI) has closed a deal with 180 GMC, LLC to provide $10.5 million in financing for the acquisition and conversion of the former Tockwotton building in Providence.

BankRI Pitman Street Gallery: “Paintings by Gregory Ricci,” September 1 through November 2, 2022. The branch is located at 137 Pitman Street in Providence.

BankRI Turks Head Gallery: “Paintings by Dan Talbot,” September 1 through November 2, 2022 The branch is located at One Turks Head Place in downtown Providence.

With the late summer traditionally a time of high need among Rhode Islanders struggling with hunger and now made worse by the rising costs of groceries, Bank Rhode Island (BankRI) has sent a total of $25,000 in funding to food programs across the state.