Bank Rhode Island has a formidable executive management team of respected, financial experts. They are leaders of the bank and leaders in the communities we serve. 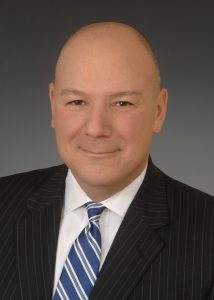 Will serves as President and CEO of BankRI.  With over 30 years of banking experience, he previously served as  Director of Commercial Banking and was responsible for growing BankRI’s commercial loan portfolio and commercial deposits while maintaining strong credit quality.

Will joined BankRI in 2006 as the Business Banking Department Head.  Prior to that, he was a Senior Vice President for Middle Market Lending at Citizens Bank.

A resident of Woonsocket, Tsonos holds a Bachelor’s Degree in Business Administration from Bryant University.  He is active in the community, serving as a Governor of The Miriam Hospital and as Vice Chairman of the Woonsocket Rhode Island Investment Board. He previously served on the Board of Directors of United Way of Rhode Island. 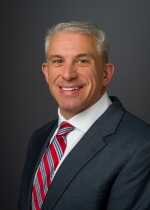 Prior to joining BankRI, Parente was a Senior Vice President of Retail Banking with Citizens Bank for 7 years.

A lifelong Rhode Island resident, Steven is actively involved in many youth organizations. He currently serves as Board President of Adoption Rhode Island and is on the Roger Williams Zoological Society Board of Directors. He also serves as a Board Member of RI Bankers Association and as Chairman of the Chariho Regional School District Audit Sub-Committee.

Steven earned a Bachelor’s Degree from Rhode Island College in 1993. He and his family live in Richmond, RI.

All BankRI offices will be closed on Monday, February 20th in observance of Presidents' Day.